Painting of a Bulldog from 1790 by English artist Philip Reinagle

An ancient Molosser type dog of war in battle 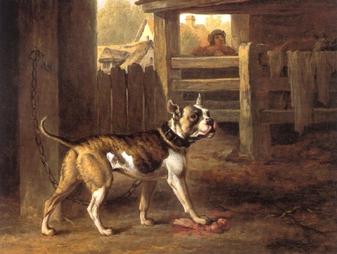 The name “Molosser” derives from Molossia, a subregion of ancient Epirus, in North-West Ancient Greece. Molossers are sometimes called “mastiffs”. The proper noun “Mastiff”, however, is used to refer to the English Mastiff, a breed that originated in England over two thousand years ago. Other terms include “Mastín” (Spanish), “dogge” (Germanic), and “dogue” or “dogo” (Romance languages). The name Molosser comes from King Molossus whose people used these dogs. King Molossus is the grandchild of the famed Achilles from the Trojan War, who ruled the ancient tribe of Molossians in Epirus. The people of Epirus were a seafaring people and these dogs sailed with their masters. The Molosser group of dogs are a variety of breeds but all are believed to be descendants from the same ancestors. The Molosser were used to guard homes, flocks and as war dogs. The dogs were known for being fierce, loyal and brave.

The first known record of a Molosser type dog was in 1121 BC, when a Molosser type dog trained for hunting was given to a Chinese emperor. Molossers have been imported and exported throughout Europe, Asia and Africa. Selective breeding led way to multiple phenotypes to fit the climates and roles. The resulting offspring resulted in shorter, differently colored coats but they still retained the anatomical morphology traits such as height and substantial heads with short muzzles.

The dogs were considered valuable in ancient Babylon and are mentioned in cuneiform in the 4th century BC. In the ancient Terracotta by Birs Nimrud a large Molosser dog is shown with a stocky head and powerful hind quarters.

The Greek philosopher Aristotle mentioned the Molosser in a list of the most useful breeds in 350 BC. In ancient Assyria they were used for hunting, protection and military purposes. During an archeological dig of the Ashurbanipal Palace they found pictures of dogs felling wild horses and donkey.  Later on in history Molossers were imported from Assyria and Babylon to Egypt and Asia Minor. The emperor of Persia Xerxes I led campaigns to enlarge his empire. He would use large Molosser type war dogs in his army’s. After his army’s defeat by the Spartans, the dogs were taken to Greece as trophies of war. The dogs would be bred in Molossia and from there, spread all over the Mediterranean under the name of “Epirian” dogs or Molosses. Molosser type dogs fought lions in the Roman amphitheaters and the colosseum. Molosser’s are the root of many Shepherd and Mountain dog breeds.

The Alans (or Alani) were an Iranian nomadic pastoral people of antiquity that kept Mastiff like dogs that were bred for work. The breed Alaunt/Alano is generally the breed of Molosser associated with the Alans. They developed different strains within the breed for specific duties. They would use these dogs in unison with sighthounds to hunt wisent, aurochs, and bear. Groups of Alanian tribes came to Europe during the Migration Period, fighting on the territory of modern France, Spain, Portugal and Northern Africa, taking with them their dogs. The Alanian mastiffs then spread to the British Isles. The Bulldog breeds split from the Molossers in England and spread to the New World with colonization as well as Western Europe and, though smaller, are considered Molosser breeds. 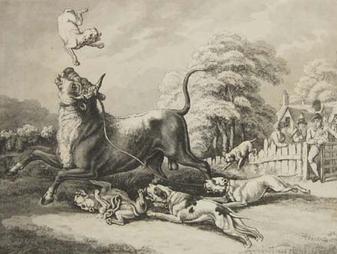 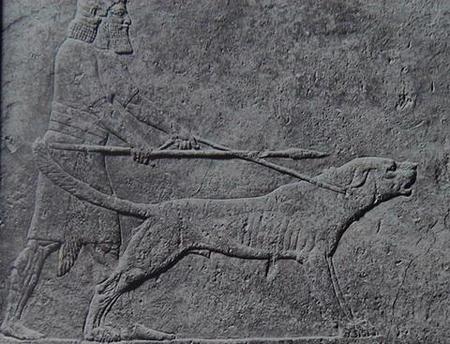 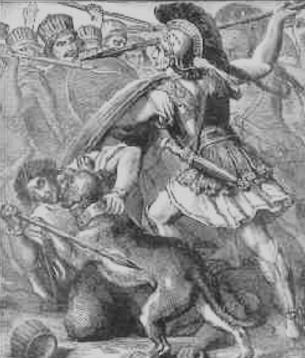 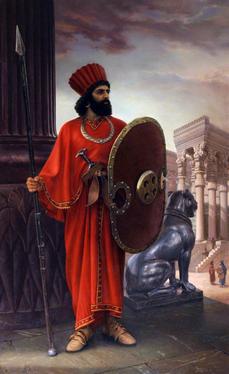